University of Calgary - Bachelor of Arts (with distinction)

Member of the Board of Directors of the International Women's Insolvency & Restructuring Confederation, Western Canada network
(2016 to present) 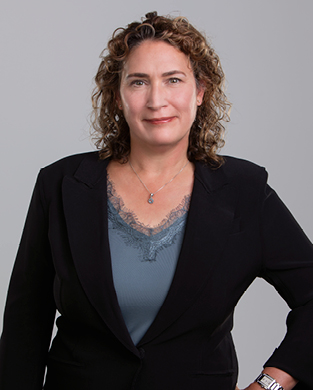 Christa is a keen and driven problem solver with over 25 years of legal experience. She is focused on helping large, medium and small corporations, and partnerships - as well as individuals - effectively and efficiently manage and resolve insolvency situations and other disputes through:

Christa's significant experience in the insolvency and restructuring area includes work in many industry sectors on:

She has acted and does act on many noteworthy insolvency matters representing:

Christa also represents clients in complex commercial, contract, energy, real estate, product liability, estates, shareholder and creditors' rights disputes. She has experience acting on joint venture, operatorship, and accounting disputes and breach of contract and tortious disputes relating to oil and gas transactions, including in the renewable energy and derivatives fields, and on international and domestic arbitrations as well as on judicial and private mediations involving energy and other companies. She is a mediator on the roster of the Alberta Provincial Court and has appeared before all levels of the Alberta Courts.

She is keenly aware of the focus of organizations and individuals on value and results when it comes to purchasing legal services.  She has written and/or presented extensively in the fields of insolvency and restructuring law and ADR, including international and domestic arbitration, mediation, and managing legal costs through the systematic use of ADR in the design and use of dispute management systems.

Christa is a native Calgarian. She obtained her Bachelor of Arts degree (B.A. with distinction) from the University of Calgary and, in 1991, her law degree (J.D.) from Queen's University in Kingston, Ontario. She returned to Calgary to begin her legal career, articling and then becoming an associate and partner at Blake, Cassels & Graydon LLP where she worked for over 17 years. Thereafter, she was a partner at Osler, Hoskin & Harcourt LLP for three years.

She joined the JSS Barristers partnership on October 1, 2013. She is in the process of completing her Masters of Law degree (LL.M.) in dispute resolution from Pepperdine University, California.

In a former life, Christa played varsity volleyball at university and participated internationally in triathlon. Christa currently enjoys skiing (especially in Austria and Fernie, B.C.), cycling and, most recently (and with limited proficiency), golfing with family and friends.

"COVID-19 and Insolvency Law: What You Should Know"

"The Myth of Splitting The Baby"

"Dispute Management Systems - How They Can Add Value"

"Managing Litigation in Corporations and Organizations"

"Insolvency Changes North of the Border"

Co-Presenter
"The Drama of an Insolvency Played Out (otherwise known as Insolvency 101)", Ovintiv Services Inc., June 25, 2021.

Presenter
"Lower for Longer? Insolvency Issues: what you need to know now", Wake Up with JSS Barristers - Speaker Series, February 9, 2016

Co-Presenter
"Getting the Right ADR Clauses into Your Business Agreements", ADR Institute of Canada, September 23, 2010

Co-Presenter
"Enforceability of Foreign Guarantees: will your foreign guarantee be worth merely the paper it is written on?", EnCana Corporation, December 6, 2006