Facilitator & Evaluator for the CPLED program 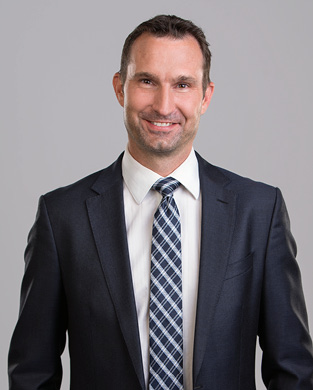 Geoff has extensive experience as an advocate and has successfully appeared before all levels of Court in Alberta and Federal Courts, as well as at a variety of administrative boards and commissions. Geoff has developed a practice with an emphasis on breach of contract claims, corporate & commercial disputes, land disputes, construction disputes, builders’ liens, commercial real estate disputes, insurance claim disputes, wrongful dismissal, landlord & tenant and intellectual property litigation.

Geoff is at ease in the court room and truly enjoys advocating for his clients’ best interests, with an underlying goal to provide cost-effective and efficient resolution to every matter that he is involved in. His court experience includes appearing as lead and second counsel in numerous reported decisions. In 2020, Geoff was the lead counsel on a successful Application before a Master that resulted in a declaration that a million-dollar mortgage was a forgery and was ordered to be discharged from title (Lee v Kassam, 2020 ABQB 608).

Other highlights of Geoff’s work include:

Geoff graduated from the University of Calgary’s Faculty of Law in 2009. Prior to law school, Geoff obtained his BSc. (Honours) and MSc. in neuroscience from the University of Alberta in 1999 and 2002, respectively. While completing his studies, he had the opportunity to work as a child support worker for the Edmonton Women’s Shelter, volunteered on the Province’s 100th Anniversary Strategy Committee, and taught introductory cell biology to undergraduate students. In 2001, Geoff received a certificate of excellence in teaching.

Following completion of his master’s degree, Geoff worked as a medical researcher in the Department of Pharmacology at the University of Alberta under the tutelage of Dr. Edwin Daniel.

"Are Contracts Enforceable Despite COVID-19? [Part 6]: The Principles of Causation"
JSSBarristers.ca, May 7, 2020
Co-Author (with Kaila Eadie)

"Are Contracts Enforceable Despite COVID-19? [Part 2]: The Applicable Legal Doctrines"

“Workplace Accommodation for the Injured Worker: The Employer’s Duty”