Board Member of the Calgary Humane Society 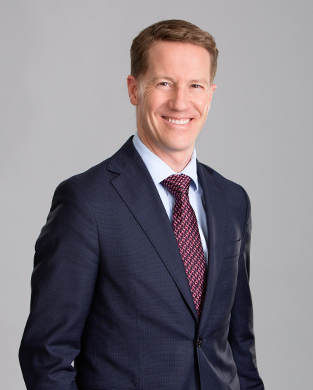 Andrew was called to the Alberta bar in 2002.

After completing his articles Andrew obtained his Master of Laws degree from Queens' College, Cambridge University, England in 2003. Andrew obtained a specialization in commercial law while at Cambridge.

In his spare time, Andrew enjoys running, playing soccer, skiing, home brewing beer and travelling. Andrew and his wife volunteer with Beagle Paws, a beagle rescue organization. Andrew is also a board member of the Calgary Humane Society.

Upon graduation from Dalhousie, Andrew clerked at the Alberta Court of Appeal and the Alberta Court of Queen's Bench, completing his articles at Bennett Jones. This experience has given Andrew a unique insight into how judges assess the matters that come before them, an insight he has incorporated into his practice.

After completing his LLM, Andrew returned to Bennett Jones, and practiced as a litigation associate until 2010. During that time Andrew gained significant trial and arbitration experience, with a focus on corporate commercial litigation, including securities matters, oppression claims, intellectual property and construction litigation.

Andrew has significant trial, court, arbitration and regulatory experience. Andrew has appeared successfully as lead counsel before all levels of Court in Alberta, including the Provincial Court criminal division, and has significant experience before the regulatory tribunals of the ASC. He has appeared as counsel before the Federal Court, Federal Court of Appeal and the superior courts of other provinces. Andrew also has experience dealing with the United States Securities and Exchange Commission, the Ontario Securities Commission and the British Columbia Securities Commission. Andrew has also acted as lead counsel in both domestic and international arbitrations.

Andrew has written papers and given seminars and presentations on securities litigation matters, to both private practitioners and regulatory bodies throughout North America. He has given presentations and seminars on class actions, oppression claims and construction litigation matters. Andrew also previously acted as a tutor in Civil Procedure at the University of Calgary Faculty of Law, and has given seminars to law students on cross-examination and trial advocacy.

"Selling or Buying Shares in the Face of COVID-19: Am I Insider Trading?"

Advertising and the Charter: Just Do It?

An Analysis of the Constitutional Recognition of Commercial Expression, 2000 CanLIIDocs 9 (Dalhousie Journal of Legal Studies)