ADR Institutes of Alberta and Canada

University of Calgary: Faculty of Law, 2018

University of Calgary: Faculties of Nursing and Continuing Education, 1997 - 2002

University of Calgary: Faculty of Law, 2002

University of Calgary: Faculty of Law, 2000

Legal Education Society of Alberta
Member - Board of Directors
(2012 - present) 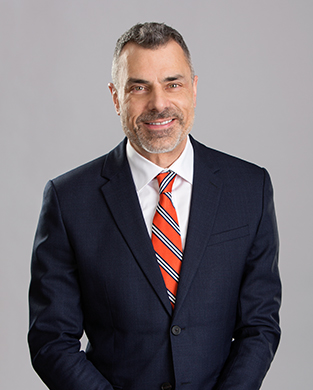 In the more than three decades Sabri has practiced in Calgary, he has been appointed to arbitrate dozens of matters. He has also been hired to mediate hundreds of disputes. As a negotiator, he has assisted parties reach a variety of complex long-term agreements. As a litigator, he has represented and advised thousands of parties in matters before the courts, various administrative and regulatory boards and tribunals, arbitrations, and mediations. In addition to conventional litigation, a large part of his practice has been in an advisory capacity, assisting clients to avoid and manage litigation. He has also been retained as an expert witness on Alberta law on a number of occasions.

In addition to practicing, Sabri has extensive experience teaching. For 8 years, he taught Civil Procedure at the University of Calgary Law School, a required course for all students. Additionally, he taught in a variety of other programs and has spoken at many conferences and seminars on a wide range of topics.

Sabri was appointed Queen’s Counsel in 2012.

In 2014, he was admitted as a Fellow of the Chartered Institute of Arbitrators, an internationally recognized dispute resolution organization. He also serves on the Executive Board of the Canadian branch of the Institute and is the Chairperson of its Alberta chapter.

He has been consistently listed in Best Lawyers since 2014 and was named Lawyer of the Year in Calgary for 2020 for Alternative Dispute Resolution. He is listed as a Litigation Star by Benchmark Canada for arbitration and dispute resolution, among other things, and have been for many years. The Canadian Legal Lexpert Directory also lists him as repeatedly recommended for Commercial Arbitration.

He is a member of the Canadian Academy of Distinguished Neutrals and Western Canada Commercial Arbitration Society, as well as a Fellow of the Litigation Counsel of America.

Sabri was recently named a Distinguished Fellow with the International Academy of Mediators.

The broad scope of his litigation practice over the years has allowed him to develop a deep understanding of many businesses, industries, and endeavours. That familiarity, coupled with his training in dispute resolution, equips him to serve as an independent arbitrator and mediator in a wide variety of disputes. As part of his formal training, he has studied arbitration, international commercial dispute resolution, mediation, and international trade law.

As counsel, he has represented parties in many more arbitrations, concerning a wide variety of matters, both domestic and international, administered and ad hoc. He has appeared as counsel at the International Court of Arbitration of the International Chamber of Commerce. He also has experience drafting submission agreements and arbitration clauses, and has provided advice and opinions on enforceability of arbitration provisions, and appeals and enforcement of awards.

He has been retained to mediate many hundreds of disputes and represented parties in many others, including with respect to:

He has also been hired to negotiate a variety of professional services agreements and related arrangements, including large agreements covering hundreds of individuals.

General Commercial Litigation as well as Administrative and Regulatory Proceedings with an emphasis on Engineering, Energy, and the Environment

He is regularly retained to provide advice and representation in respect of claims (in both litigation and arbitration) and regulatory proceedings concerning:

As counsel in litigation, and as an advisor to employers and employees, he provides representation and advice in employment and professional matters, particularly with respect to executives, involving:

He has negotiated, drafted, and provided advice with respect to:

In addition, he has investigated, reported and advised, on complaints against directors, officers and employees.

Speaker
"Appeals, Setting Aside, and Declarations of Invalidity", ADR Institute of Canada, Arbitration Appeals: the Good, the Bad and the Ugly, 2020

Speaker
“Basics of Arbitration and Making the Most of Mediation”, Derer Lutz, No Longer Alternative Dispute Resolution Symposium, 2019

Panelist
“Candid Conversations with Men in Law Round Table Discussion”, University of Calgary, 2014

Panelist
“Thinking Outside the Box to Realize ALL Potential Benefits of Commercial Arbitration”, ADR Institute of Canada/International Chamber of Commerce Canada Gold Standard in ADR Conference, Toronto, ON, 2013

Speaker
“Selection, Appointment and Jurisdiction of the Arbitrator”, “Scope and Composition of the Award”, “Enforcement of Domestic and International Awards”, Legal Education Society of Alberta, Arbitration Seminar, 2011

Interviewee
Interviewed about an injunction I obtained in respect of a comatose patient in respect of whom a do-not-resuscitate order had been made, The National at Six, CBC TV, 2007

Interviewee
Interviewed about an injunction I obtained in respect of a comatose patient in respect of whom a do-not-resuscitate order had been made, Calgary Eyeopener, CBC Radio, 2007