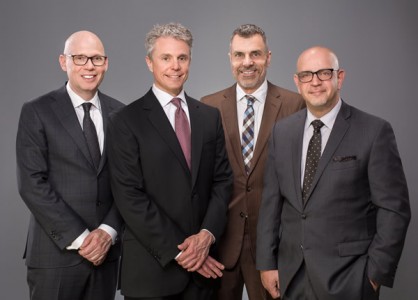 He has been appointed as sole arbitrator, panel member, and referee in construction and commercial disputes, and to the arbitrator rosters of the ICDR, ADRIC, ADRIA, and the American Dispute Resolution Center, Inc.

Bryan is a Fellow (FCIArb) of the worldwide London UK-based Chartered Institute of Arbitrators and is a member of the Western Canada Commercial Arbitration Society.

Bryan was appointed in 2016 on behalf of Canada, to the North American Free Trade Agreement Advisory Committee on Private Commercial Disputes (the NAFTA 2022 Committee). In 2019, Bryan was appointed for a five-year term as one of three members of the Dispute Resolution Panel for the Ontario Independent Electricity System Operator. In 2020, he was shortlisted by Benchmark Litigation as the Alberta Litigator of the Year.

Bryan was Sub-Group Chair of the Uniform Law Conference of Canada, Domestic Arbitration Legislation Group that prepared a new uniform Arbitration Act for the Canadian provinces and territories.

He is a Founding Co-Editor of the ADR Perspectives newsletter published by ADRIC.

Carsten has served as arbitrator in both ad hoc and administered proceedings, including under the International Court of Arbitration of the International Chamber of Commerce, and under the ADRIC Rules. Carsten was a Bencher of the Law Society of Alberta from 2006 to 2013, and was President in 2013. As a Bencher he served as adjudicator on disciplinary panels in at least 25 matters, and he served as the Chair of disciplinary panels in at least 10 matters (all of which were followed with decisions written principally by him).

Carsten is a Fellow of the worldwide London, UK-based Chartered Institute of Arbitrators. Carsten is also a member of the Professional Conduct Committee of the Institute, which is concerned with the regulation and discipline of its members.

Carsten has a Martindale-Hubbell AV Preeminent peer review rating and Judge review rating in both Legal Ability and Ethical Standards and is peer-review recognized by several agencies including Benchmark Canada, Chambers Global and Best Lawyers in Canada. Carsten has written on arbitration matters of interest to arbitrators and the bar.

Sabri has been appointed as arbitrator in dozens of disputes, including those involving:

As well, Sabri has also been appointed, several times, as an umpire under s. 519 of the Alberta Insurance Act.

Sabri also has extensive experience as a mediator having successfully resolved hundreds of disputes through mediations designed for a variety of circumstances, including several involving large numbers of parties. Those include matters relating to personal injury and all manner of commercial matters.

In addition to conducting arbitrations and mediations, Sabri has experience designing and conducting combined med/arb processes.

After earning degrees in engineering and law, Sabri obtained a Master of Laws degree with a major in dispute resolution.

Sabri is a Fellow of the worldwide London, UK-based Chartered Institute of Arbitrators, and he is a member of the Institute's Canadian Branch Executive and Chair of the Alberta Chapter. He is also a member of the ADR Institutes of Alberta and Canada and the Canadian Academy of Distinguished Neutrals.

Glenn's arbitration background and areas of interest are principally in corporate, commercial and contractual disputes.

Glenn has served as an Arbitrator on Pipeline Arbitration Committees by Federal Ministerial Appointment under the National Energy Board Act (2009-2014). He was a Board Member on the City of Calgary's License and Community Standards Appeal Board (2010 - 2014) and is a Board Member on the Alberta Management Opted-Out & Excluded Long Term Disability Income Continuance Plan Second Level Appeal Board (2014 - present).  Glenn has served as counsel and as an arbitrator in private arbitrations.

Glenn is a Fellow of the worldwide London UK-based Chartered Institute of Arbitrators and serves on the Executive of the CIArb Alberta Branch.

Glenn has a Martindale-Hubbell AV Preeminent peer review rating and Judge review rating in both Legal Ability and Ethical Standards and is peer-review recognized by several agencies including Benchmark Canada, Chambers Global, and Best Lawyers in Canada, and was a national recipient of a Lexpert Zenith Award.

Glenn is a recipient of an Alberta Centennial Medal (2005) and a Queen Elizabeth II Diamond Jubilee Medal (2012).

Among them, Bryan, Carsten, Sabri and Glenn have extensive experience with a wide variety of international and non-international disputes including: