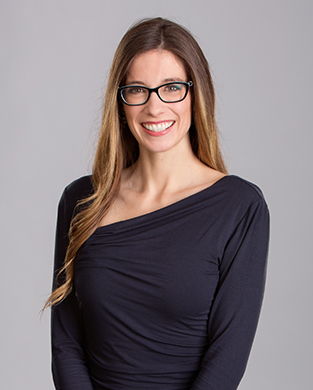 Andrea MacLean is an Associate at JSS Barristers. Andrea has a strong focus on defamation law in her practice and has represented both plaintiffs and defendants in defamation matters. She also has experience in corporate and commercial disputes, contract disputes, personal injury, debt claims and insurance claims.

Andrea has appeared before the Alberta Court of Queen's Bench, Alberta Provincial Court, and the Alberta Securities Commission.

Andrea was born and raised in Red Deer, Alberta. In 2017, Andrea obtained her Juris Doctor from the University of Calgary Faculty of Law, where she achieved Dean’s List standing. Andrea was called to the Alberta Bar in 2018 and she joined JSS Barristers as an Associate in 2019.

Before diving into her law adventures, Andrea obtained a Theatre Studies (Acting) diploma from Red Deer College and a Bachelor of Journalism from Ryerson University (now Toronto Metropolitan University). She went on to work as a journalist in Calgary for several years and was awarded the Edward R. Murrow Award for her role in the coverage of the 2013 Calgary Floods.

While obtaining her law degree, Andrea clerked at the Provincial Court of Alberta, volunteered with Student Legal Assistance, and competed in the Alberta Court of Appeal Moot.

During her free time, Andrea enjoys traveling, dancing, playing squash, and going on hiking and camping adventures in the mountains with her family.

"Class Actions Arising From a Pandemic"

"People Always Told Me, Be Careful What You Do: Wills and Dependency Legislation"