David Pope is an associate with JSS Barristers. He is a graduate of the University of Alberta Law School, where he participated in two national moot competitions, winning one in 2018. 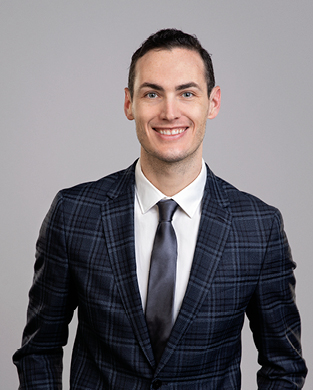 David has successfully represented clients before both the Provincial Court of Alberta and the Alberta Court of Queen's Bench.

During law school, David was a part of the University of Alberta team that won the 2018 Wilson Moot, where he had the opportunity to appear before The Right Honourable Richard Wagner PC, Chief Justice of Canada, in the final round. His mooting team also performed well at the 2017 Gale cup, winning the award for being the "Best Team Not in the Finals". David also volunteered with numerous legal organizations, including University of Alberta Student Legal Services and Pro Bono Students Canada. He also volunteered as a moot mentor to 1L students.

Upon graduating law school, he remained active in mentoring and mooting, acting as a guest judge for U of A's Faculty of Law Competitive Moot Program.