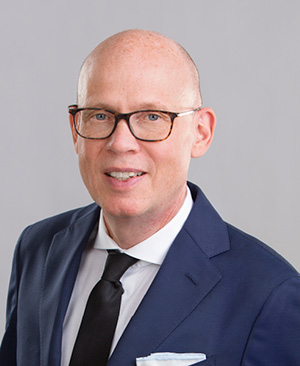 This is the first article in our Insurance Coverage series. Other articles in this series include:

2. "Fortuity as an Essential Element of "All Risk" Insurance Policies" by Robyn Graham

The Supreme Court of Canada issued a landmark insurance coverage decision in 2016 in Ledcor Construction Ltd. v. Northbridge Indemnity Insurance Co., [2016] 2 SCR 23. In short, the Ledcor case was about office tower windows that were scratched during cleaning, resulting in losses of approximately $2.5 million. Improper tools were used during cleaning, but coverage was denied under an all-perils builder’s risk policy based on an exclusion for the “cost of making good faulty workmanship”. That exclusion contained an exception for “resulting damage”.

The Framework for Interpretation

Together with the earlier decision in Progressive Homes Ltd v Lombard General Insurance Co of Canada, [2010] 2 SCR 245, Ledcor outlined a framework for the interpretation of insurance contracts and exclusion clauses:

In applying these interpretative principles to Ledcor, the Supreme Court concluded that there was some ambiguity in the exclusion clause. Specifically, the exclusion did not contain the word “damage”, and it was unclear whether this provision excluded simply the cost of re-doing the work, or also the damage, which required the windows to be replaced, as well.

As a result, the Supreme Court looked to the purpose of the contract and the market or industry in which it operates. The Court did not accept the insurer’s interpretation, on the basis that it “would essentially deprive insureds of the coverage for which they contracted.” The Supreme Court found that the interpretation proposed by the insured best fulfilled, “the broad coverage objective underlying builders’ risk policies.”

Ledcor was very recently applied in 2102908 Alberta Ltd. v. Intact Insurance Company, 2022 ABQB 175, dealing with property insurance which included coverage for “seepage, leakage or influx of water”, but excluded flood damage. While there was overland flooding from a nearby river, damage was caused by an influx of water through various openings and cracks, including in the basement walls. Based on a review of the contract, the Court concluded that the grant of coverage was expansive, and the exclusion narrow. The Court declined to read an ambiguous exclusion clause as taking away coverage clearly granted elsewhere in the policy and agreed that ambiguity could be resolved by resort to contra proferentem - reading the policy against the insurer.

In Duri Homes Ltd. v. Quest Coatings Ltd., 2022 ABQB 166, the Court was asked to dismiss a claim against a party which argued that as a sub-contractor it was an unnamed insured under a builder’s risk policy and was therefore protected by a subrogation clause against the action by the plaintiff. The Court applied Ledcor and considered the reasonable expectations of the parties in the context of a standard form contract, as well as the commercial reality of builder’s risk policies. While the contract was considered to be unambiguous in including the sub-contractor as an unnamed insured, in the event of any ambiguity, contra proferentem would have applied to achieve the same result.

The Alberta Court of Appeal had an opportunity to consider Ledcor in Condominium Corporation No. 9312374 v. Aviva Insurance Company of Canada, 2020 ABCA 166. This case involved the interpretation of a multi-peril policy in the context of damage to a parkade due to faulty work in rehabilitating the parkade surface membrane. The contractor cut too deeply into the concrete, damaging its structural integrity. As is typically the case, the policy excluded the cost of repairing faulty or improper workmanship. The Court of Appeal applied the Ledcor / Progressive Homes framework and concluded that an improper workmanship exclusion was limited by the scope of the work contracted for (the rehabilitation of the parkade membrane), but that the consequence of faulty workmanship (the structural damage) was covered by the policy.

Ledcor continues to provide important guidance in the interpretation of insurance contracts, particularly where the policy contains an alternating structure (coverage, exclusions and exceptions to exclusions). Unambiguous policies must be interpreted based on the clear language of the agreement, while any ambiguities should be resolved based on the reasonable expectations of the parties. Commercial context may be of limited assistance in standard form cases, but the Courts will look to the industry in which the policy is issued as part of a contextual analysis. Remaining ambiguities can be resolved contra proferentem. Finally, the courts will be reluctant to take away the very coverage which was apparently granted by the policy in dispute.