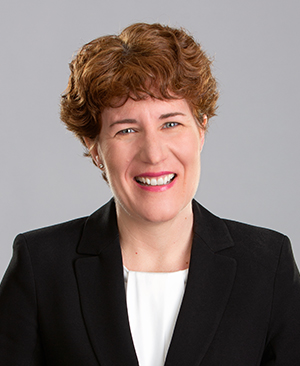 We have all read about million-, and sometimes billion-, dollar damage awards in US personal injury lawsuits. While these remain the exception rather than the norm in the US, they certainly grab headlines, and there is no doubt that damages for pain and suffering in Canada (called “general damages”) are much lower than they are in the US.

Why is this the case?

As usual, the answer is found in Canadian case law.

In 1978, three Supreme Court of Canada decisions, collectively known as the “Damages Trilogy”[1], effectively put a cap of C$100,000 on damages for pain and suffering in Canada. Adjusted for inflation, this amounts to about $390,000 today.

The three decisions in the Damages Trilogy each involved young persons who were either rendered quadriplegic, or who suffered severe mobility and/or mental impairments as a result of serious accidents.

There is no medium of exchange for happi­ness. There is no market for expectation of life. The monetary evaluation of non-pecuniary losses is a philosophical and policy exercise more than a legal or logical one. The award must be fair and reasonable, fairness being gauged by earlier deci­sions; but the award must also of necessity be arbitrary or conventional. No money can provide true restitution. Money can provide for proper care: this is the reason that I think the paramount concern of the courts when awarding damages for personal injuries should be to assure that there will be adequate future care.

I would adopt as the appropriate award in the case of a young adult quadriplegic like Andrews the amount of $100,000. Save in exceptional cir­cumstances, this should be regarded as an upper limit of non-pecuniary loss [general damages] in cases of this nature.

It should be noted that Justice Dickson emphasized that the general damages award would be made in addition to a cost of future care award. The future care award is particular to each plaintiff and is arrived at by taking into account the specific cost of the particular services that plaintiff would require in future to achieve a minimum quality of life. In cases of very severe injury, this award will often far exceed the general damages award.

For general damages, then, as long as the Damages Trilogy remains good law, an award of approximately $390,000 is presently the “high water mark” in Canada, and that amount would be reserved for the worst injuries one could imagine (paraplegia and/or severe brain injuries, for example). Therefore, general damage awards for other injuries would be awarded relative to that maximum.

This rather conservative approach to general damages is consistent with the United Kingdom’s approach. This makes sense, since our legal system developed in close alignment with the UK’s system, rather than with the US system. This may also be the reason that Canadian Courts, unlike their American counterparts, are reluctant to award punitive damages (to punish the wrongdoer) except in the most egregious cases.

We at JSS Barristers are always willing to discuss your personal injury claim, and what kind of damages award it might attract. Contact us today.

Maureen McCartney-Cameron is counsel at JSS Barristers. Click here for her bio.